A HopeMedicine Advanced Treatment  was given successfully to stage 2, 3 and 4 cancer patients such as Muhammad Asraf, who was in intensive care with liver cancer in 2015. You can see his progress over a period of eight days. To this day, he lives a cancer-free and happy life. See full story below.

“When the doctor told me that my father may not regain consciousness and that I should mentally prepare myself, I felt as if someone has punched me in my chest,” said Jawad Ashraf, telling about his experience. “I was desperate to find help, any help to save my father and that is when I contacted Usman Baloch, as I heard that he could treat seemingly terminal patients. Today my father is alive and returned from the brink of death thanks to Usman Baloch’s HopeMedicine.

Jawad Ashraf is a manager in a multinational company in Lahore and the youngest of five siblings. He loved his father dearly and was very close to him.

Muhammad, Jawad’s father, was diagnosed with Hepatitis C in 2012 and gradually started getting worse. Treatments for Hepatitis C are still limited and most patients do not make it. Muhammad was deteriorating and, every few months, testing and examinations confirmed that the disease was progressing.

In 2015, test results revealed a tumor in Muhammad’s liver and the doctors advised RFA (Radiofrequency Ablation). RFA is a minimally invasive treatment for cancer consisting in passing electric currents through an electrode to create heat and destroy cancer cells. Usually there is no surgery but, in Muhammad’s case, the doctors decided to perform open surgery with RFA. The surgery was successful but soon after, Muhammad developed complications and pneumonia.

Muhammad’s condition started deteriorating fast. He was admitted to the hospital but he kept getting worse. Within a few days, he was left with only thirty percent lung capacity and the doctors put him on ventilator. His family, and especially his youngest son Jawad, were extremely affected and did not know where to turn. After a few days, the doctors told Jawad that the family must accept the fact that Muhammad might not survive.

Jawad felt as if the darkness of despair has surrounded him. Out of despair, he tried to find any help he could and thought of contacting Usman Baloch.

Usman Baloch is a resident of Lahore who had been practicing Hajama and energy medicine for a long time, and who had developed HopeMedicine. He had never advertised or reached out to people but his success stories had reached many people through word of mouth.

Jawad contacted Usman Baloch and asked him for help. Usman Baloch listened to the case and decided to take it on. He comforted Jawad and told him that his father would survive but he must agree to the suggested treatment and follow all instructions. Jawad readily agreed and paid the required fee.

Usman Baloch started Muhammad’s treatment and, within three days Muhammad gained consciousness and got off the ventilator. “It was as if my father had come back to life. I love my father very dearly, I was struck with despair at the thought of losing him.” 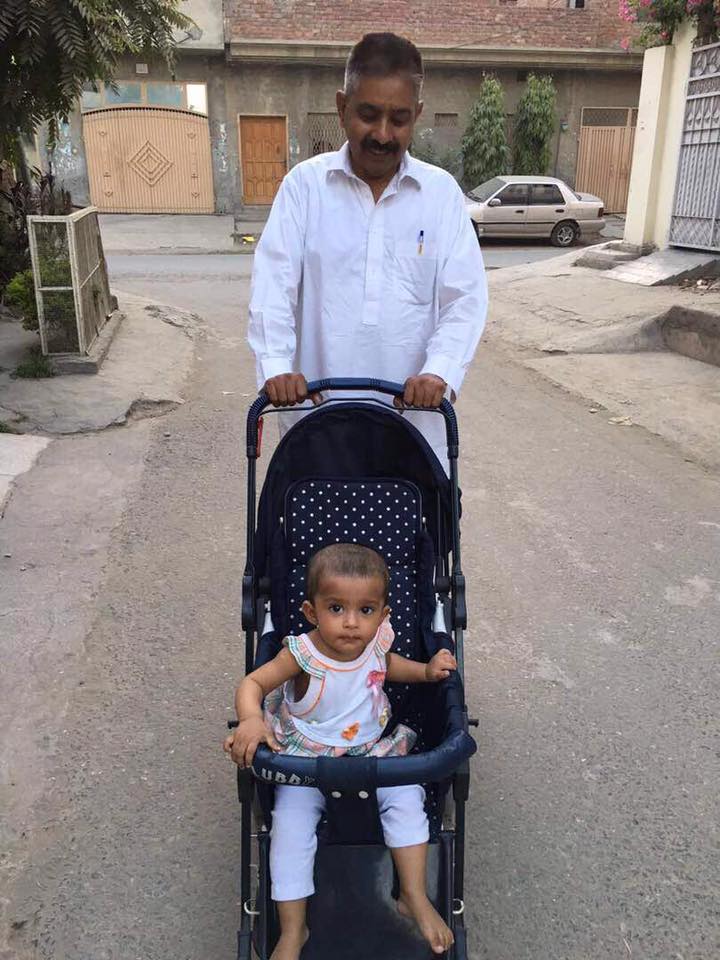 Usman Baloch continued his HopeMedicine treatment and, slowly and gradually, there were visible signs of improvement. After the first few days of treatment, there was a brief relapse but Muhammad started improving again quickly and was released from the Hospital soon after. The doctors were amazed at his recovery as they were sure that he would not make it.

Muhammad has been back home ever since. His follow-up medical tests have long shown positive results and he is eating and drinking normally. He is not taking any medication and lives a fairly normal life. The doctors had suggested a liver transplant for him but he has improved so much that the transplant became unnecessary. Usman Baloch has assured Jawad that, after his HopeMedicine treatment, his father’s liver would start functioning again and he would most likely not be needing a transplant.

What kind of treatment did Usman Baloch perform? How was he able to defy all existing knowledge of medical science and cure a seemingly untreatable and terminal patient? How does he decide which patient to treat? These and hundreds of other questions exist regarding the remarkable stories of recovery from people treated with HopeMedicine. People who were facing death in the eyes, people who were declared terminal by doctors, people who had been turned away by hospitals, people whose illnesses were not even identified, people with genetic conditions, people with stage four cancers… many were cured with HopeMedicine.

Usman Baloch says that it is not for man to argue and fight with his destiny but to embrace it willingly. “This is my calling and I have been chosen to help the people who need help and cannot find any,” says Usman Baloch. “The people who need HopeMedicine will find me one way or the other. My path is extremely difficult, painful and has unimaginable hardships but it is my destiny. Seeing patients recover and get better from so much pain and sorrow is my ultimate reward,” says Usman.

HopeMedicine is available to everyone through this website, and will help about 90 % of patients improve. However, treatment for severe conditions such as Muhammad Asraf’s require a special treatment. Such treatments can be performed from a distance anywhere in the world and come with a money-back guarantee.

For the Chronic Patient